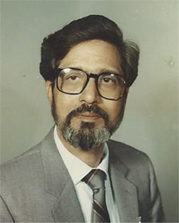 These were the times when clients in Pakistan had little or no idea of consulting services that is provided by a consulting company/firm. It was a same time in 1959, when a young Engineer, Zaheer Mirza, started a consulting firm, by the name of "Engineering Consultant" (EC) with a grand vision, nerve of steel and resolve of a mountain. The young engineer kept EC focused on its aim and continued to progress with the supportive effort of its talented team of professionals that he handpicked and mentored. As the consulting profession gained repute, the scope of services under its domain kept expanding. The Firm kept expanding its realms and services in the domain of structure engineering in both, the then East-Pakistan and West Pakistan, with an office in both parts of the Country.

With the increased workload and expansion of business, in 1967, the sole proprietorship was changed to a Partnership Firm, with Engr. Azhar H. Siddiqui taken as Partner with Engr. Zaheer Mirza as the Firm’s Managing Partner.

The restructured Firm as a Partnership keeps growing, both in work and scope and in terms of services and geography. With the economic reassessing in early 70’s, the young Firm struggled and survived economical and political challenges, facing them under head-on with the dynamic leadership of its Founder. With the vision and leadership the Firm slowly came out and kept its course in expanding its operations in early 80's, however this time - internationally. EC founder a new consortium company, formed with few other architectural and engineering outfits, under the leadership and vision of Engr. Zaheer Mirza, a new company was formed by the name of “Consultant International (Pvt) Limited” (CIL) with Engr Zaheer Mirza as its Managing Director at the helm, with a major share holding of EC (now ECIL), started looking for projects in the Middle-east and North-Africa. With the new scope and zeal in the Firm (EC) and new alliances and its new expansion plans, EC increased number of partners to tackle the increasing scope of work. Subsequently, two of the most senior and prominent professionals within the Company were inducted as Partners (Engr Aziz Qureshi and Engr Ahmed Sulimany) in the Firm. In 1991, EC was incorporated from EC, a partnership Firm, into a privately held, limited liability corporation by the name of “Engineering Consultants International (Private) Limited” (ECIL). All the credits, assets and liabilities of EC were assigned and assumed by ECIL.

The Company (ECIL) kept expanding in its scope and started to add new services into its spectrum of services, with this, new Directors Engr Akhlaq Ahmed, Engr Bux Ali Abro, Engr Ashraf Sulimany, Engr Khalid Mirza and Architect/Planner Naved Zaheer were inducted into the Board of Directors, and new departments were incorporated into the Company, more notably, Department of Transportation, Department of Architecture and Planning, Department of Geospatial Services, State-of-the-art data collection including LiDAR, Non-Destructive Testing, LCMS, GPR etc were consolidated with all support services, such as survey, environmental, marine, structures and MEP services.

The Company, with its founding principles, keeps expanding into several new geographies, making its mark in 18 different countries in 3 continents of the world, meeting challenges of growth with sustainable growth, environmental responsiveness and corporate responsibilities, keeping itself abreast with the induction and absorption of new cutting-edge technologies, into its operations as well. With the advent of the new Century, Over the span of over half a century, ECIL has come of age; it has gone through many challenges and came out stronger looking toward new horizons with rising sun.